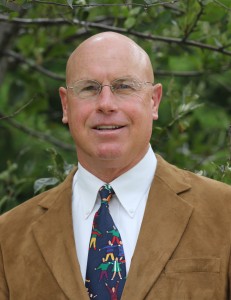 I look forward to a future in which wildlife habitat conservation is a priority, not an afterthought. Through my writing, I seek a world in which abundant wildlife habitat, healthy economies, and healthy cultures are mutual and complementary priorities. Through my personal journey, I have come to fathom that there are really only three things in the universe that matter: God, love, and nature. With deep introspection, I have come to conclude that each of these is the same—one entity, or trinity if you will.

After being diagnosed with prostate cancer in 2012, I understand more than ever that our time here on earth is short, and I realize that even that time is only borrowed. It is a loan to do with what we choose, so why not choose to do something worthwhile? For me, it is something that enhances this modified trinity and the wild nature inherent therein—thus, the writing of Larry Saves the Prairie and future children’s works concerning wild animals and humanity’s responsibility in accommodating them.

Accordingly, the next book welling up inside of me has been inspired by Pope Francis’ encyclical Laudato Si, a fascinating, unapologetic critique of what humanity has done and is doing to the planet, and what needs to happen to remedy it for a better future. The encyclical is addressed to “every person on the planet” and therefore obviously crosses all political, cultural, economic, and religious boundaries. The book will do the same. Stay tuned. 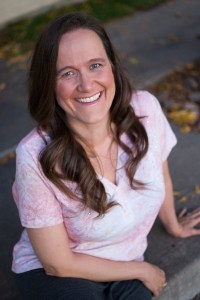 I knew I wanted to be a writer since I was a young child composing stories about Saturn’s moon Titan and the beings I imagined living there. In pursuing the dream, though, I took the path less traveled. So less traveled, I sometimes wondered if I would ever get there. After studying Anthropology and French in college, and spending a semester studying abroad in France, I found myself at a crossroads. Get an advanced degree and teach or do something else. I chose something else. I started exploring the numerical side of me, taking jobs in Financial Aid, Accounting and Commissions Analysis for companies while constantly writing stories.

Even as I built content, it took a few more years of concentrated effort to get free of the internal and psychological blocks that prevented me from being willing to put my stories out and let others read them. A combination of three years of intense spiritual and personal growth work, plus a good old-fashioned dose of pure determination, led to Merry Dissonance Press and the perfect team to get my first story, Alawahea, out for others to read.

Begun in college, the story has seen a number of incarnations and countless rewrites. Pieces of it were thrown out and begun again. Others were tweaked and rewritten as my life and message changed. About two years ago, I stopped the search for story perfection and began the search for an editor. Picking one that resonated with my story, who could bring its characters to life and bring clarity to its message, was the key that opened to the door to this: my first published novel.

It has been a dream come true, but better than a dream, it’s playing out beyond anything I had ever imagined. This dream has a life of its own. And watching it unfold and become fills me with gratitude beyond words.

Whatever your dream might be, I encourage you to pursue it. Miracles live in the space between what we believe and the infinite possibility that actually is. I’ve been living in that space for a while now, and I can say, it has been wonderful! Set the intention, release expectation and belief, and see what miracles pop up for you!

HEATHER KIRBY … IN HER OWN WORDS … 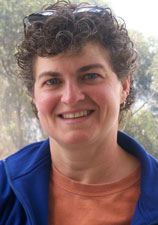 Anyone who knew me as an adolescent would be shocked to hear that I grew up to be a therapist who specializes in working with difficult teens. And yet, it makes perfect sense. They say, “It takes one to know one.”

My father was a career diplomat who specialized in the Middle East. By the time I was ten years old, we’d lived in five different countries. Moving and having to start over left me wary of making friends and fiercely independent. As I entered my adolescent years, independence turned to insolence and I was brazen in my ways of challenging authority. I hid behind a pretty tough façade and only a few adults could see through my disguise. Those few adults inspired me to become an adult that could really understand teenagers. During those years, there were only two places that I never felt the need for the façade … one was with horses and the other was at my outdoor summer camp. At the barn or at the camp, I could be myself. And I know this is why, to this day, I feel most alive and most open-hearted when I am outdoors or with horses.

The ideas I present in Wild at Heart: Adolescence, Horses & Other Kindred Spirits stem from my own adolescence and from the past two decades of working with teens in educational, mental health, substance abuse treatment, and recreational settings. Along the way, I also gained the education and credentials that would allow me to be taken seriously. But, in truth, almost everything I know about working with teens I learned from either a teenager or a horse.

CHRIS LOPRESTI … IN HIS OWN WORDS …

If you had ever told me I would write a book, I would have laughed. I’m still shocked. INSIGHTS: Reflections of 101 of Yale’s Most Successful Entrepreneurs started organically. I needed advice for my own startup, so I reached out to my community. I received a lot of helpful advice, and more people responded than I expected.

I thought others could benefit from hearing the wisdom shared with me from these successful entrepreneurs who had been in the trenches and accumulated knowledge learned through experience. Initially, I thought a blog would be a great platform to share the contributions of advice, but as the volume grew a book made more sense. And fortunately in 2015, I was able to make it available in all formats within two months of publishing: hardback, paperback, ebook, and audiobook—high quality products that complement the high quality advice shared. For any potential first-time authors out there, I’d be happy to share my experience and any insights I picked up along the way (pun intended).

When I’m not pretending to be an author, I’m helping build communities. My current entrepreneurial venture is called TouchPoints. Our tagline is “Reconnect with Everyone” — because we help brands reconnect with former customers and increase engagement with current customers through better data management. At TouchPoints we are on a mission to empower communities through stronger engagement. I think all my future ventures will revolve around this theme.

100% of the profits from the sales of INSIGHTS are going to support STEM and entrepreneurial causes. You can suggest an organization and vote for others at www.ChrisLoPresti.com. 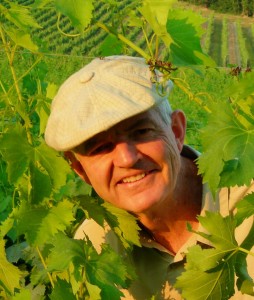 BRUCE ALLEN MACMULLAN … IN HIS OWN WORDS …

I grew up in a captivating little town in Minnesota, eked out a diploma at Macalester College (intellectually challenging for me to say the least), and then traded the comfy attire of a tennis teaching-pro for a zoot suit in the banking world for some 35 years (what was I thinking?). I am now retired, living a most gifted lifestyle in Morrison, Colorado.

Looking back, I now label myself as a professional survivalist. I have come to realize that I am somewhat obsessed with how I managed to engage the Grim Reaper so often without suffering the untimely fate of a premature lifetime checkout. Most people have no idea how many truly close calls I have had. And—in the bizarre wonderment of my twilight years—I have suddenly felt motivated to tell these tales for both their entertainment value and to help answer some questions related to how these kinds of events can affect one’s very being and entire life. Where do we draw the line between pure luck, fate, and an undetermined destiny? Through my diverse recollections, I speak across generations and weigh in on how to both cope with and get the most out of life (oftentimes just randomly thrown at you) at least until some sixty-plus-year-old epiphany finally reveals itself.

In recent years, I have taken up a unique sculpting media, which I label as “scrap metal impressionism.” I use this artistic means to liberate my creative side while, ironically, I totally embrace the game of golf to test and control the “get real” aspect of my existence. My love and family passions are wrapped up with my wife Carol (who took too many decades to find) and my daughter Kellie’s clan, which has just recently blessed me with a most special grandchild named Piper Jean. 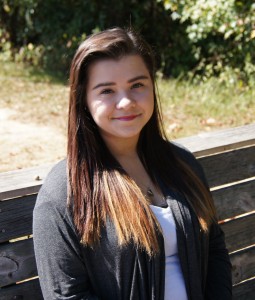 ALLIE MCCARTHY … IN HER OWN WORDS …

I’m sixteen years old and a junior at Fleming Island High. (Go Eagles!) Growing up, I played three years of softball, two years of soccer and basketball. Softball, by far, was my preferred fall activity.

In school, I like to learn about the sciences—anatomy is currently my focus. I’ve always been a history buff, though! Another great class, and probably my overall favorite, is photography. Finally, I’ve narrowed my career choices to two—a professional photographer or an editor.

I can’t tell you when I first gained an interest in writing. I remember always putting pen to paper and letting my imagination take over, whether it was a short story about a zombie apocalypse or, more embarrassingly, a tale about vampires. Silly Sally’s Show-and-Tell is my first real work, followed by A Day in the Forest, the second book in this children’s series, and I can’t begin to describe how proud I am of them. To already have a foothold in a possible career at such a young age is amazing and wonderful. I’m so incredibly lucky and thankful for the opportunity provided by my loving and dedicated Aunt Jess.

Where is my next stop in my writing career? I’ve had a lot of ideas, and numerous pitches from teachers and friends—most of them quite amusing. The first pitch was to write about my ninth grade world geography teacher, Mr. Gunder (G-Funk; Best Teacher in the World). I suppose, though, I’m going to write about my high school life and, of course, include my favorite teacher and friends who’ve inspired me to take a huge leap in my life—and grow confident about myself.

So far, high school has been the best time of my life—a time of growth. I think that will be the best story I can tell.

Look for more of our Merry Dissonance Press authors coming your way soon!